Sometimes you read an article written by someone you respect, who is a respected and established expert, and who puts their thoughts together so eloquently, that it truly makes you stop in your tracks.

One such article is by Australian author, thought leader and educator, Clive Hamilton in a new and fabulous magazine called womankind.  In this piece, which you can read in full here, Hamilton lobs a few track-stopping whoppers in our shopping paths:

“… Being free becomes a purely personal project of self-creation. The marketers understood this a long time before we did. And so in place of the demand to be free of oppressive social structures, today our claim to autonomy is expressed largely through the brands we buy…”

“Even the chemical functioning of our brains (the mechanics of our thought processes) — perhaps the most private aspect of each of us — is being mapped by marketers so that they might manipulate our responses for commercial benefit.”

And possibly my favourite:

“In the words of the head of planning at a global advertising agency: “Most people don’t have a sense of self-worth. Buying luxury goods makes us feel special and successful. They make us feel valuable in a world that often tests our sense of self-worth”.”

Does that make me feel duped, or what? And yes, a little bit stupid.

I’ve written before about how we should aim to be at least as aware as the marketers and advertisers are about our buying motivations.  Otherwise we are blind at the wheel, being directed completely by the clever words and tactics of those whose motives are not to make us feel better (not really, or at least that’s a by-product and in service to their higher goal) but who wish to sell us stuff.

Purchased because we were less aware of what our emotional and psychological state is (and was) than a marketing professional or advertising executive.

Someone else gains because I wasn’t attending to my own emotional and psychological state and co-opted it out, hoping to buy the feeling state I was seeking.

Thing is, even if I was too short on attention, energy and time and took the shortcut to buying my desired emotional state – it doesn’t work.  As a strategy for feeling better, shopping is very ineffective.  If it were a pharmaceutical, it wouldn’t have made it passed the testing phase.

Because the uplift in good moods is so short-lived, the pattern has to be repeated fairly quickly for any real emotional benefit to be gained, let alone sustained.

The final gem from Clive Hamilton’s article was this one:

“…the market … preys on our impulsiveness and psychological weaknesses.”

Take your emotional and psychological wellbeing into your own hands.

Don’t co-opt such an important part of your life, health and happiness out because you weren’t paying attention.  Because you didn’t put the energy into creating a life you love to live – one that isn’t focused on the acquisition of more and more things, and the attendance in a shopping environment quite so often. 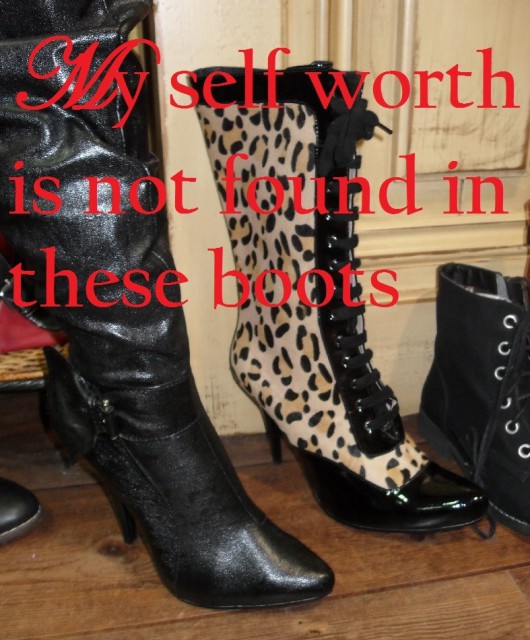 Why We Really Shop

Shopping And The Six Human Needs

The Benefits of Shopping