What’s In and Why 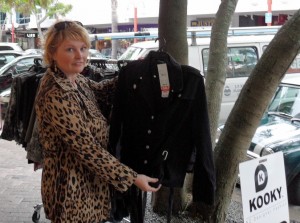 G’day and welcome to blog #38. We’re back in Auckland after a weekend trip to Gisborne. As part of my new stay-a-while, cafe-enjoying, people-watching mode, I’ve found myself reading more magazines than usual in the last few weeks. Cafes seem to stockpile them. What’s caught my eye has been the fashion pieces that appear in almost every magazine except Mechanics Weekly. Many of these pieces have a focus on what’s in – the current fashion trends. This intrigues me.

What’s In (and how can we know for sure?). Here’s three recent examples of fashion items that are deemed to be in right now – “bang on trend” apparently:

The thing that trips me up about these fashion trends is, well, a two things actually: 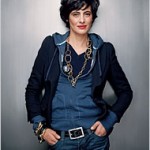 French style. An article in one of the many magazines I’ve been reading lately about Ines de la Fressange (French model and long-term muse of the aforementioned kaiser of fashion) caught my attention. She was asked about French style:

“In England, people follow fashion much more than in France. I imagine Bridget Jones working in an office and dying to go and buy a pair of shoes at lunchtime, you know. French women have a kind of arrogance. It’s ‘I ignore fashion. I do my own thing’“.

I don’t see it as arrogance. I see it more as an internal certitude, a level of self assurance that no amount of pressure and attention from the fashion media can shake. Sure, they may be criticised (got a lesson in that myself recently, so know how that feels). But even more importantly: they know themselves and are true to that. A fashion-leaning version of “to thine own self be true”, I suppose. Ah, the bard. Shakespeare said all the stuff that was really worth saying. Right?

Stop Shopping and Live Your Life [No.22]