Greetings!  And welcome to blog #91.  Am writing to you from the glorious Sunshine Coast in Queensland, aka “home”.  Yes, we made it home in one piece, than you V Australia, on Friday.   We were 5 weeks in the USA and what a trip!  Covered a lot of territory – Los Angeles, Salt Lake City, Philadelphia, New York City, Seattle, the Oregon Coast, San Francisco… It was a wowser of a trip.

Ok, today I’d like to discuss something that’s been on my blog list for a few months now.  I have been saying to myself, every time I look at it and consider writing about it – plenty of time.  Well, sheepers – I only have ~10 blog posts to go during the challenge, so what better day than today? 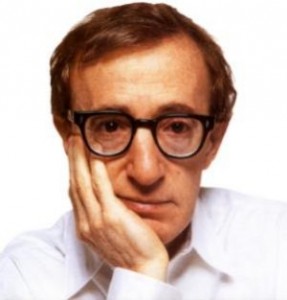 Woody Allen is one of my favourite film people.  His writing is witty and wry, his movies are beautiful to watch, his characters neurotic and tortured.

In his films, nobody is ever satisfied with what they’ve got for very long – they’re always striving and straining in one direction or another.  If by some magic they get what they think they want?  It either doesn’t live up to its billing or it sifts away like sand through their fingers.  It’s angsty beautiful stuff.

The women in Woody Allen’s films come in all shapes and sizes.  Some are flat and predictable, others are more three-dimensional – they’re remarkably life-like.  All his movies have a certain aesthetic – from the sharp edges and black & white of Manhattan, to the golden tones of Vicky Cristina Barcelona.  The clothing styles that his women wear must be viewed within the overall context of the film they’re in.

Having been fascinated by Woody Allen’s movies for two decades now, and having re-watched many of them dozens of times (I literally wore out a VHS cassette of Manhattan (remember VHS? yegods, what ancient technology it now feels like, hey – like hand puppets in a cave with a fire)…. I thought it would be fun to review the way Woody dresses his women.

So, here for your viewing pleasure are the major styles of Woody’s women, as far as I can discern them. 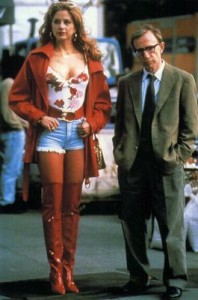 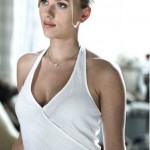 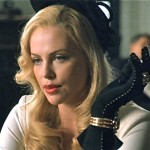 Running a close second are the women dressed as though we aren’t meant to be looking at them, which is rather difficult considering how goshdarn beautiful they all are.  Must be true what they say about truly beautiful women – they could wear a hessian sack and they’d still be gorgeous.  A well tested theory in Mr Allen’s films.    As played by Mia Farrow (Hannah and Her Sisters;  Husbands and Wives; Crimes and Misdemeanors; The Purple Rose of Cairo; September); Joanna Gleason (Crimes and Misdemeanours); Emily Mortimer (Match Point); Rebecca Hall (Vicky Cristina Barcelona); Helena Bonham Carter (Mighty Aphrodite); Mary Louise Parker (Bullets Over Broadway); Meryl Streep (Manhattan); Mariel Hemingway (Manhattan) 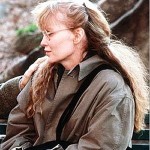 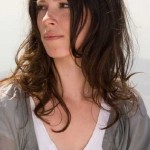 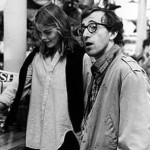 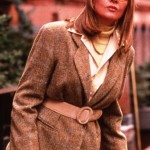 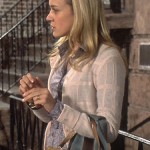 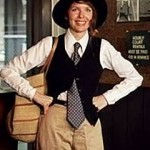 Woody Allen, I salute you!  Growing up in a small mining town in the middle of nowhere (oh, ok, it was in the middle of central Queensland), Woody Allen’s films seemed like they were made on another planet.  His people, his stories, his language – it all intrigued and captivated me.  Woody Allen’s movies made me feel like a whole other world — a cerebral, slightly nervy world, true — existed.  A world where people “…sat around on the floor, drinking wine and eating cheese and mispronouncing allegorical…” (a line from Play It Again, Sam).

Woody Allen’s films made me feel like much more than I knew existed was possible.  And if that isn’t a gift to a developing mind and spirit, I’m not sure what is.  Right?

To Die For – Is Fashion Wearing Out the World?

Love, Loss and What I Wore