The Impact of Gruen

Hello and welcome to blog #71!  This is the first posting I’m writing from our new home here.  Nice, isn’t it?  I particularly like the colours and the floor coverings.  We’ll be doing more work on the site over the next few weeks, so expect to see some improvements.

Today I’d like to talk about the impact that Victor Gruen has had on shopping.  I mentioned Herr Gruen first in an early posting (way back at blog #4).  And for those of you reading from Australia, you may have seen the ABCs very funny and irreverent show, The Gruen Transfer which explores the “guts of advertising”. 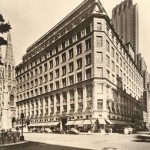 Victor Gruen was a contemporary of Hitler – he graduated from the Vienna Academy of Fine Arts (which cannot be said for the Fuhrer, who was ahem, not accepted twice from that institution).  In the 1940s, which is when Victor Gruen started to make waves in the architectural and design world, shopping was very differerent to how it is now.  You would walk into a store and a sales clerk would serve you.  The goods were on display but not for the handling thereof by mere customers.  You had to ask for them.

This resulted in somewhat nervous customers who were reluctant to enter these swanky department stores popping up in places like Fifth Avenue in Manhattan.  The very first service that Victor Gruen delivered to the shopping world was to design the vestibules  that bridged the street (where the nervous customers were huddled) and the store (where the goods were awaiting the handling and purchasing thereof).   In its day, this was a ground breaking innovation.

Gruen created “shopping towns” the first of which was built near Detroit, called Northland.  The second was near Minneapolis, called Southdale.  I’m guessing the third was near Atlanta and called Westwood, and the fourth near Dallas and was called Easthaven.  Ok, I made those last two up, but the first two are true.  Gruen clearly had a thing for compass points, although his sense of direction may not have been so great.

Way back in the olden days, shopping was an outdoor sport.  The store fronts faced outward, and resulted in architects thinking of them as being “extroverted”, a term most of us apply to people rather than stores.  Carl Jung would have been fascinated, I’m sure.  Before the advent of the mall, these shopping centres were at the mercy of the elements. 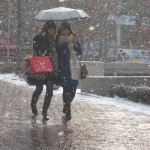 So if it rained and snowed and sleeted (things we don’t get much of, here in sunny tropical Queensland — but they do get a lot of them in the northern parts of the USA) – well, people didn’t go out and shop so much.  This meant that shopping days were limited to seasonally-appropriate days.

According to Ellen Ruppel Shell (in her excellent book Cheap: The High Cost of Discount Culture from whom I have been inspired to write this entire post), shopping days were around 126 per year — because of the weather.

Can you imagine that?  The weather affecting shopping habits,  to such a large degree?!  It’s mind boggling, in our current 24/7 world of shopping.

Well, Victor Gruen to the rescue!  The “mall maker” fixed all that!  He created “introverted” shopping towns where the store fronts faced inwards, the temperature was controlled, and very little sleet got through.  I’m going to quote directly from Professor Shell, as her words are too fabulous to try to recreate (p 93 and 94 of Cheap):

“To lessen the distance customers had to walk, Gruen arranged seventy-two stores on two levels serviced by zig-zagging escalators, plunging elevators, and a two-tier parking lot.  The centerpiece was what Gruen called “town square”, a sky-lit atrium with balconies, flower arrangements, fountains, trees, and a twenty-one-foot cage alive with brightly colored birds.  More than a wonder of its time, Southdale was the archetype upon which future malls would be modelled and are still….. Gruen’s mark on the retail landscape was indelible…. his generous spaces tempted visitors to linger, and that was the point.  A pschological state called the “Gruen transfer” has come to signify when a “destination buyer” shopping for a specific purchase loses focus and starts wandering in a sort of daze, aimless and vulnerable to the siren call of come-ons of every sort.  Developers today strive to motivate this state …. thanks in part to such innovations, the typical visit to the mall extended from twenty minutes in 1960 to nearly three hours in 1979″. 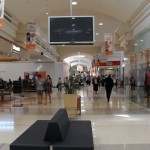 Well, tie me down and take my Visa card off me.  Here’s my favourite bits from all that:

So, I’m not sure if we should be posthumously thanking Victor Gruen.  Or consigning him to the same class as others who have oppressed the masses and irrevocably distorted the futures of our children with their ‘brilliant’ ideas.  It’s a close call.  Right?

The Impact of Fast Fashion