Hello and welcome to a beautiful Friday.  We’ve had some rainy weather here so it’s nice to see the sun peeking through this morning.  I suspect it will not last, so I best make hay.  Ok, we’re up to blog #94, and today I’d like to talk about what’s going to happen after I finish the challenge.  Which is in 12 days time.  T.w.e.l.v.e. days. 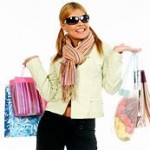 I’ve been asked, oooh for the last few months now — “Do you think you’ll go on a big shopping spree on December 16?”  When you think about it for a minute, this question assumes a few things:

I can understand these questions.  If I hadn’t gone on this challenge, I’d probably be asking them myself.

But since I have been on the challenge, I know at least part of the answer.  And the part I know is: “No, I wont be going on a spending spree.  At any point in the foreseeable future.  And most assuredly not on December 16“.  The only thing I’m not sure about is whether I would actually use the words “most assuredly” in an actual speak-out-loud sentence.

Because this challenge has changed me.  I feel differently about shopping now.  After experiencing some bumpy emotions at times, I have felt relief that I am on the challenge, because it has unhooked me from having to decide whether to buy something or not.  That decision — to buy or not to buy — was made on December 15, 2009 .  So there has been nothing to “decide” when I am in a retail situation, as rare as they have been in the last 12 months, face to face with some item that previously I may have uhmmed and aaahed over, pondering whether to make it mine, all mine!

That feeling of relief tells me something.  It tells me that a fundamental shift has taken place.  That this year-long experiment has taken root somewhere in my psyche and that I’m different now. 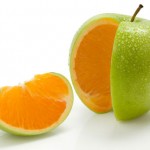 I think differently about shopping now.  I’m aware of how much we are adding to the planet when we buy-buy-buy.  There is something shamefully wasteful about the way we unconsciously add to the bounty that we already have, without giving any thought to what that item is going to add not only to our own lives, but to those lives further down the pike, and to the planet.  What are those $140 designer sneakers really costing, and who is paying for that?  We seem to not only have no consciousness about our spending, but no context for it either.

Ok, heavyosity alert.  Wee-ooonh- wee-ooonh, wee-ooonh (that’s a siren).  What I’m trying to say is that spending isn’t “just spending”.  We need to open our apertures a little wider and see our spending in view of the bigger picture.  And this year-long armistice has opened my eyes to that broader context. I’m still learning, hence my slightly evangelical tone.

Now here’s the other thing.  And this is quite fascinating.

I can’t possibly know precisely how I’m going to react when I am released from the challenge on December 15.  And why can’t I know that?  Because humans are predictably bad at predicting their own responses to future events.  Daniel Gilbert, a Harvard professor and quite the thinker, came up with a term for this, after studying it.  And writing about it.  And talking on TED about it.  He called it impact bias.

Impact bias is fascinating and you can read up online about it in many places (I liked this short piece on PsyBlog).  My paragraphrased summary on impact bias is this:  our human capacity to be able to predict how we are going to feel about a future is grossly inaccurate.  Grossly as in “way off base, dude”.  Out of the ballpark “grossly”.  We get the feeling right (good or bad), but not its magnitude (heaps or a little bit).

Now you can go and argue online with as many people as you can find about whether you believe that’s true or not. But I predict that you won’t be as incensed as you think you are.  Yes, I’m very funny. 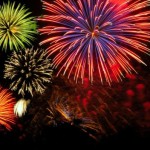 So I’m leaving room for some surprises.

I’m leaving space for the unknown to be a part of what’s going to happen post-December 15.

I’m leaving space for some “magic” to happen.  And I’m not talking about the Johnson variety, there.  That’s part of what make life so fun (and not just a ltitle bit scary at times) – the sense that not everything is knowable, plannable.  Some of the best things that happen to us could never be included on a 5 year plan.

So that’s why I’m leaving room for some magic.  Which I’m not prediciting how I’m going to feel about.  But I’m hoping it’s going to be good.  Right? 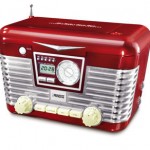 Oh, and in other news, Australia’s Radio National has a great show called “Life Matters” on every day between 9am – 11am.

I am being interviewed by Richard Aedy this week about the lead up to the end of my year-long challenge – I’m looking forward to it!

And about our Register/Pay Now page…. Just a note to explain:  Last week, one of Australia’s largest banks experienced significant IT issues, causing customers problems in online banking.  Debits were repeated 6 or 7 times, the corresponding credits never materialised in their corresponding accounts, funds intended for one source ended up in another entirely.  This situation was so frustrating it caused one customer to drive a front-end loader through the doors of his local branch.

We have had our own version of “significant IT problems” with PayPal limiting our account temporarily on Thursday until a specific issue is resolved.  It has to do with a particular Australian government requirement, and PayPal’s response is to freeze your account first…. and then sort it out with you (as opposed to doing the opposite).   It’s their version of Fire – Aim – Ready, without the Aim or Ready parts.

We expect to have this issue resolved by mid this coming week, if the PayPal gods are smiling upon us.  Until then, we are unable to accept payment if you want to join the Shop Your Wardrobe program.  If  this happens to you, please  contact me in the interim, I will see that you receive an update as soon as our cash register is open again.  Thank you for your patience (and if you have any spare, could you give some to me?)

Cleansing Your Closet: Resell, Consign and Gift
Want to share?