Resist and Avoid (the Twin Towers to Defeat Temptation)

G’day all and sundry. We are up to blog #25 and today, this gloriously ambiguous (weather-wise, at least) Sunday, I’d like to talk about Temptation, and ways in which it can be approached. 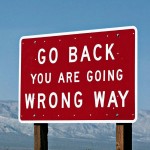 I’ve been using Avoidance as my primary strategy for staying on the straight and narrow, shopping challenge wise that is. And it works a treat! Just yesterday I came face to face with how effective it is, and what happens when I employ something other than Avoid and Resist.

I found myself in a pre-loved store (don’t ask) in Peregian Beach that I occasionally frequent. Well, less occasionally and less frequently in the last 3 months of course, but prior to that, I’d go there – it’s funky and quirky. I came across an Ashley Fogel animal print skirt. Now Ashley Fogel is a New Zealand designer whose clothing is of beautiful quality. This skirt had a straight cut to it, rather good for my shape. And it was animal print. And it was $25. I succumbed.

Dear reader, don’t desert me now! It actually was something of a no-brainer purchase (if I conveniently forgot I was on this challenge), not only because of it’s aforementioned qualities but these two compelling attributes as well: 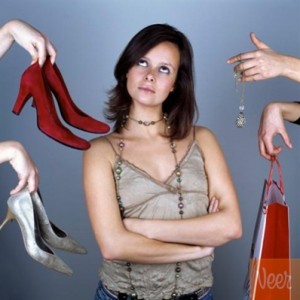 So, there I was. Faced with temptation.  Like this poor unknown woman in the photo here.

And I followed the discerning advice given many years prior by that sagacious philosopher, Oscar Wilde who famously quipped that “I can resist everything except temptation” and “the only way to handle temptation is to yield to it“. Ah, no truer word spoken! I’m actually a fairly disciplined person…. I can sit and do something I don’t really like to do, knowing that I’ll find great pleasure in accomplishing it and seeing it finished (ironing comes to mind as an example here). I did my MBA over 6 years through correspondence, requiring me to sit and study evenings when Melrose Place was on (thank god for video recorders, which is what we used back then, kids).

But in that moment, temptation won out, and I was left holding the bag. Literally. And it had an Ashley Fogel animal print skirt in it, which fitted me perfectly and filled a gap (identified by an expert and everything!) in my wardrobe.

Turning out Temptation. In preparation for writing this post, I did some research on temptation. Movements that are very familiar with the insidious nature of temptation, and exhort their members/followers to resist and avoid it are religious groups and anyone with Anonymous after the first word in their organisation title. I came across this religious article, with a 5 point strategy for dealing with temptation. It quite fascinated me, and not only because each of the strategies begins with an R word (and I quote from the article verbatim here, I couldn’t make this stuff up if I tried):

I particularly like #2. It has a Monty Python-esque quality to it. And worth noting that nowhere does it suggest that you stay in the presence of your temptation and metaphorically (or literally) beat your head against something solid and unyielding as a way of overcoming said temptation. That kind of strategy will give you not much more than a huge egg on your head. And who needs that?

It works, why else would we do it? The whole Name-Your-Temptation Anonymous movement is also based on Resist and Avoid approach. AA, NarcAnon, Gamblers Anon and all the other Anonymous family of 12-steppers, does not suggest that you spend time in bars, limbering up your capacity to be in that environment and not drink. Even Al Anon, which supports the loved ones of alcoholics, suggests the use of avoidance if application of its opposite becomes too painful or spirit reducing. The Anonymi suggest you avoid situations in which your chose poison is available, if at all possible. If you can’t avoid, then move to Step 2 – resist.

So, I’m convinced that there’s something to this Resist and Avoid approach. When I started the challenge, 3-ish months ago, I had this idea that maybe the real challenge was to stop wanting. To banish desire for shopping from my repertoire of Things I Desire. I don’t know if that’s the goal. Appetites harnessed may be a more realistic, and a more human, enterprise.