Tweet
G’day and welcome to post #49. I’m just over 6 months into the challenge and am feeling like I have hit an easy patch at the moment. Staying away from the shops is easy, keeping my fingers off my Visa card is easy, keeping away from online temptations is easy. It feels easy right now. Being at home helps, I don’t do as much browsing when I’m on home soil. I do most of my shopping when I’m travelling, I’ve discovered.

Meet you where? I’ve also worked out that if I arrange a coffee with someone, it’s best to do it away from those tantalising places where cafes are snuggled next to boutiques and shoe stores. On the Coast, those places are the Esplanade at Mooloolaba, the Esplanade at Cotton Tree, Hastings Street Noosa, Gympie Terrace in Noosaville and Birtwill St, Coolum. Love ’em, but best avoided right now. If there was a Coffee Club in an industrial estate that only had businesses like plumbing suppliers, equipment hire places and picture framers, I’d probably be catching up with people there all the time. Not that I have anything against plumbing suppliers, equipment hire people or picture framers. They’re usually good people, nice people, salt of the earth. They just sell stuff that generally doesn’t grab me, you know? No temptation there. 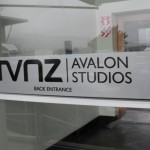 Command performance. I promised you earlier this week that I’d spill the beans on my experience of being on another New Zealand TV show, this time Good Morning. What was so divine about this experience was they contacted me…. Nice to be on the receiving end of an email asking me if I wanted to be a guest on the show, rather than the one initiating that contact. The delightful and talented Lucy contacted me — she writes and researches on the show and does a damn fine job of it, I might add. After humming and hawwing about logistics (no, no, wasn’t playing hard to get – promise! Just had some working out to do), I accepted their invitation to be on the show on June 10.

Windy city. There’s a reason why Wellington has the moniker the windy city. Dan was drinking a cappuccino on the street when we were last there (a few years ago) and the top blew straight off it. Onto him, as it turned out (pity the wind wasn’t blowing in the opposite direction, he could have foamed some innocent by-stander instead of himself). So I knew it was going to be blowy and packed accordingly. I also packed the gear I was going to use in the second segment Good Morning wanted me to do, on how to mix’n’match your gear to get the most outfit combinations possible. If you haven’t seen that segment, you can check it out on this page. 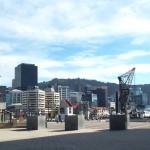 June 10 was a stunning day. A show-off kind of day — look at me, aren’t I gorgeous? kind of day. My driver Sam picked me up and we chatted as we wound our way through the traffic to Lower Hutt where the studios are. Having studied criminology and now studying film and television, Sam was an interesting conversationalist and I arrived at the studios feeling relaxed (thanks Sam!). The photo above right shows the entrance we used… tell ya, we could have been arriving at the plumbing supplies store I mentioned earlier, for all you could tell from the outside. Television really is a business like any other so I guess the outside of the building doesn’t matter all that much. I was glad to be arriving at the back entrance – too many paparazzi at the front. Ha ha!

Sarah was interviewing me and as I arrived in the illustrious back entrance, she was sitting in the green(ish) room, eating yogurt and chatting to the floor people. These are the folks who wear those important looking headsets with built-in microphones (like helicopter pilots wear) and who walk without making a sound. Oh, they also manage the studio floor although I don’t know if “floor people” is what appears on their business cards. I use that term with the utmost respect and care, naturally. Sarah and I chatted a bit about this, that and the other. The coat I was wearing, fashion in general, is the colour turquoise really in, you know – the important topics. I then got to cool my heels in the green room before make up. I’ve only met two TV make up people in my life, and both of them were great. Friendly and chatty, they made me feel relaxed. Considering they also have the power to make you look like Herman Munster, it’s a good idea if you’re nice to them. Which in my case that day, was very easy. 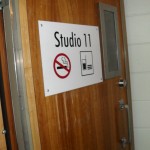 Studio 11 is where the show was being shot and the closest my camera was allowed was the photo of the door you see here. No photos allowed inside the studio. No worries. The first segment was the interview, cue sofas and soft lighting. Sarah and I were chatting so much about other things (like living in New York, movies we liked) that she actually had to shush me when were due to go on air. Sarah made it so easy to be relaxed, it felt like we were old friends, and I reckon that comes across on camera.
You can see the interview for yourself on the website so I wont say more about it, except Yes it was as fun and relaxed to do as it looks on screen (hopefully it looks like it was fun and relaxed). We were chatting so much in between the segments (while you at home were watching ads about Easy Off Bam! and Lite’N’Easy eating plans) that I forgot to straighten my shirt for the standing up segment. You wouldn’t have noticed unless I’d told you, right? Damn! Where is that delete button when I really need it? The second segment was a lot of fun and I really liked how the camera caught Sarah’s spontaneous response to some of my nonsense (the amputation comment for example). She’s a professional, I know, and its her job to make it easy for guests…. but she really seemed to enjoy the segments. At least, that’s what I’m telling myself.

All done. When it was over, Sarah made positive sounds about how great I was (really, she said that, unfortunately the cameras weren’t on at that stage, but I wouldn’t make this up, would I?) and how much fun the segments were. She then scooted over to the “kitchen area” where they were filming after the break, and I got to pack up all my gear and tiptoe out of the studio. Sneaking over my shoulder to take a photo of the door as I left. It was such a delightful experience and even though the Breakfast show was good, I felt so much more relaxed the second time around. By the time I get to Oprah, I’ll be lying on the couch, I’ll be so relaxed (no jumping on it for me!). And yes, of course I’m kidding about Oprah… who’d lie on her couch! Right?

The Value of a Morning Routine