The Illusion of New

Posted by Jill Chivers in Fashion, Style and Shopping, Shopping in the Movies and Media, Shopping Messages, Shopping, Clothes and Emotions

Today’s post is inspired (although provoked is probably a more accurate word) from a piece I read recently in a magazine.  It was one of those paper-thin, stapled weekly women’s magazines.  You know the sort – heavy on celebrity sightings and gossip, low on quality stories over 500 words long.  I must have been in the hairdresser or doctor’s office – there’s no other way I would have been reading such a publication (not that I’m, sniff, snobbish about such things, mind).

It was a small piece, told almost entirely in pictures.  The sequence went like this: 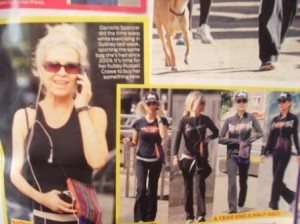 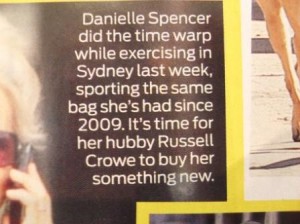 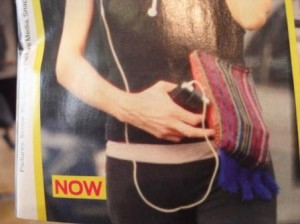 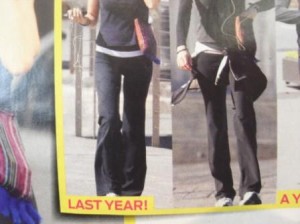 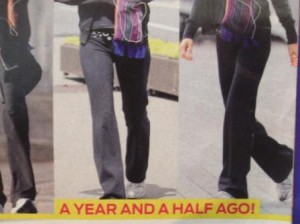 I was especially caught by the punctuation accompanying the words Last Year and A Year And a Half Ago!  As if it were AMAZING that Last Year! she had the same handbag as she has NOW.

Is this not completely insane?

Why must Danielle Spencer, or any woman, have a new handbag – just because her existing bag is “not new“? The illusion of the new is what I call this phenomenon, something I talked about during my own year without clothes shopping – in that post, I talked about how truly stylish women are not constantly updating their look.  I have a new thought about this drive and desire for the NEW.

I believe that this striving for a new look is linked to the same thinking that tells us the only kind of beauty that is acceptable is youthful beauty.  Am I the only 30+ woman enraged when watching commercials for anti-wrinkle creams featuring girls in their teens?  As if aging one moment past the age of 25 is a curse.  It’s the same kind of thinking that causes (some) women to be mortified when they feel they look their age (or to be insulted if they are told they do).  It’s as if age in itself is a crime of some sort!

Young and New is always better?!

I recall an Oprah show focused on Dream Jobs.  The creative director for J Crew, Jenna Lyons, was interviewed, and she made a spontaneous comment about how crazy it makes her sometimes when the only thing differentiating this year’s line from last year’s is newness.  Not actual style,  or an innovation of some sort.  No.  It’s “in” because it’s “new”.  That’s the end of the equation.

This is why being “in” is not what we should focus our precious time and considerable talents on.  Having true style that says something important about who you are, is not a constantly shifting thing driven by the desire to wear something merely because it is NEW.  Just as true beauty is not solely about youth.

In thinking about this posting and the link between the Illusion of the New and the striving for youthful beauty, I did some research on women who are over 50 and are beautiful. Not beautiful for their their age – just beautiful.

Just as true style has nothing to do with newness, true beauty is not connected to age. All of these women are over 50 and all of them are beautiful, wouldn’t you say?

And that’s just a handful of beautiful women who are not young. 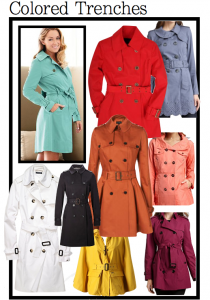 The illusion, if not delusion, of our fascination with New

I was talking to a friend about this on the weekend.   She mentioned how a couple of years ago the fashion magazines/shows were all a-twitter about how the coloured trench coat was back “in” – who knew?!

In true Shop Your Wardrobe style, she looked in her wardrobe and lo and behold – she had a beautiful deep dusky pink trench coat.

The Illusion of New keeps us on the hamster fashion wheel

We keep running and running to try to keep up with an reachable standard – what’s “in”.  And that’s because the system has built-in obsolescence – fashion cycles are so fast now that stores are re-stocking weekly, not seasonally.  It’s time to get off that hamster wheel – you’ll only end up dog tired and dispirited with trying to keep up.  And that’s no life to lead.

If you are tired of trying to keep up with the illusion of the new, come join us here.  Our practical online program specifically addresses how you can tap into the hidden mileage (and magic) lurking in your wardrobe and re-ignite excitement for your own closet – without having to keep buying new.

The Impact of Fast Fashion