These words were attributed to Marilyn Monroe in the ‘lost’ (then found again, 40 years later) transcripts of her sessions with her psychoanalyst Dr Ralph Greenson.  Dr Greenson freely admitted that not only did he believe psychoanalysis had not helped Marilyn (well a blind man on a galloping horse could possibly have seen that) but had potentially harmed her.  She was an emotional runaway train with no brakes, no engineer and no conductor.

I found this quote of Marilyn’s to be one of the saddest things in the entire documentary I recently watched on these lost and last sessions.  And there were lots of sad things to see in this film – this was one lady who was tormented and tortured, from the inside and the outside, from beginning to her very end.  Talk about the unhappiest girl at the party.

Marilyn’s life is a testament to wishing and pushing for something so hard, without knowing why you want it or what you think it will bring you – then discovering it awakens your worst nightmares.

It also reminds us that the relationship between outward and perceived success and happiness is non-existent.  Here was a lady who presumably had everything a young woman could ever dream of — it was her dream from her poverty torn childhood, and she turned into reality — who was possibly the most miserable person on the planet.

I am making a simple meal at home.  I’m not  much of a gourmet, or even a regular cook.  But I like to cook when I’m doing it for more than just me (cooking for myself I find depressing).  We eat at home a lot, and the best meals are often those that are fairly simple, and use fresh ingredients.  They are simple and quick to make, and are delicious and nutritious to eat.  I know if I’ve eaten a good meal because my body feels great afterward (and the opposite is just as true – I know when I’ve eaten something that’s not good for me – I can feel it).   In summer, we eat outside under the trees – it’s a lovely way to wind down the day and move into evening time. 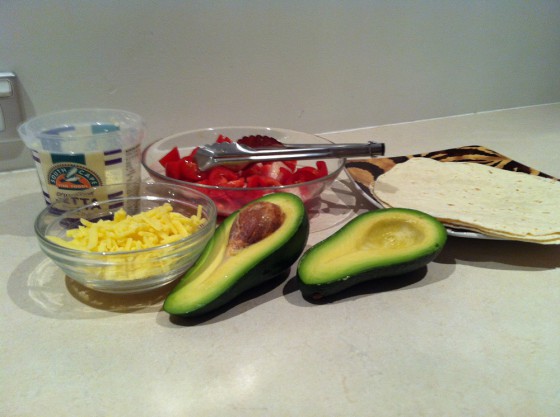 The simple pleasure of making a simple and fresh meal