Hello Hips! A letter to my body

Posted by Jill Chivers in Body Image, Self Care and Self Awareness

I’ve been thinking a lot about body image, and specifically the thoughts and feelings we hold about our bodies.  In writing the material on how to feel good while losing weight for Svelte in Style , I did a lot of reflecting on the messages we hold, and hang onto about our physical form.

I wonder how many of those are accurate.  Are helpful.  Are positive.

I meet many women who carry around some form of mild self loathing toward themselves.  They don’t even notice it, it’s been with them so long – it’s like the hum of an air conditioner in the background, no longer noticeable.

But if you were to ask them to grade their bodies out of 10, the self-score would be pitifully low.

And it got me thinking about my own attitudes, thoughts and feelings about my body.  In Svelte in Style, I share a couple of personal anecdotes about early messages I picked up on, rightly or wrongly (sadly, mostly wrongly), about my body.  And how hard they have been to shake as an adult.

So today I wanted to say some nice things about my body.  As a way of turning the tide, changing the game, and turning over a new leaf.  I’m sick of thinking of my body as sub-par, unequal and only just acceptable.  So here goes.

I always thought you were fairly ordinary, nothing to write home about and fairly non-descript, a part of my body that was just there, forming a bridge between my ribs and my legs.  I have since realised they form a huge part of my feminine form. Yes! You are female!  And these hips do more than connect the ribbone to the thighbone, they form an outline, a silhouette, a curve.  They are brackets encompassing the word (woman).

Ah, the arguments I’ve had with you over the years.  I’m sorry I never liked you.  From the earliest age, I was told how they were exactly like Aunty Celia’s (my grandmother’s sister), or my grandmother, or they were cute, or that one day I’d be grateful I had them.  I’m still waiting for that last promise to kick in.  I remember an exercise we had to do at a residential for my MBA – we were given a piece of paper and told to draw ourselves, and I drew myself with spots.  The lecturer was amazed I saw myself that way, but I do.  I always wanted the pure unblemished skin I saw  in Dolly magazine.  I now realise you can get it (you can essentially have your skin bleached of pigment) – Nicole Kidman had her freckles bleached off (seen pictures of her in her teens? She had more freckles than I do).  But I have discovered one benefit of freckles – you can’t see emerging wrinkles quite so easily!

You came fairly early – I was 11 when I got my first bra.  The same year I started wearing spectacles, so I think of those two events as kind of cancelling each other out on the emerging attractiveness scale.  I was mortified the day my mum took me bra shopping for the first time (it was in the Rockhampton KMart), I think partly because dad came along, too (although he may have wandered off to the motor parts section, he’s burned into this particular memory).  I’m not sure it’s possible to have uncomplicated feelings about one’s own breasts, and I may need to write more extensively privately on this one.  But for now, I’ll say thank you.

When I think of myself growing up, I think of myself as on the chubby side.  That’s because all the words I remember hearing about myself during that time were about how I leaned toward the stouter side of my family gene pool, and how I wasn’t like Theresa, the young woman my parents fostered for a year when I was 14 who was 6foot (183cm) with legs from here to tomorrow (with easily tanned, unblemished skin).   I have recently looked back at photos of myself when I was young and I’m not half as pudgy in them as I am in the pictures in my head.  Why have I been carrying around these images of me as a human (child) version of Porky Pig?

I debated over whether to include this photo in this post – it feels somehow bold to include it, and I feel a bit exposed in showing it to you.  It’s me at age 14, wearing the only tan I ever got in my entire life (it took 9 months of sunbathing before school to get it.  And less than 2 weeks of winter to lose it).  I have no idea where that animal print item came from, Theresa and I were playing around with make-up and looks (this was at the beginning of the Reign of Madonna, in the mid 1980s).

When I came across this photo for a collage my step daughter did for my 40th birthday, it amazed me.  That’s ME!

That’s me before all the distorted memories and the negative assumptions took root in my psyche.

That’s me as an emerging woman, so much clearer in her self-expression than I was through much of my 20s and 30s.

That’s me, being in my body in a way I haven’t been in a long time, and I want to be again. 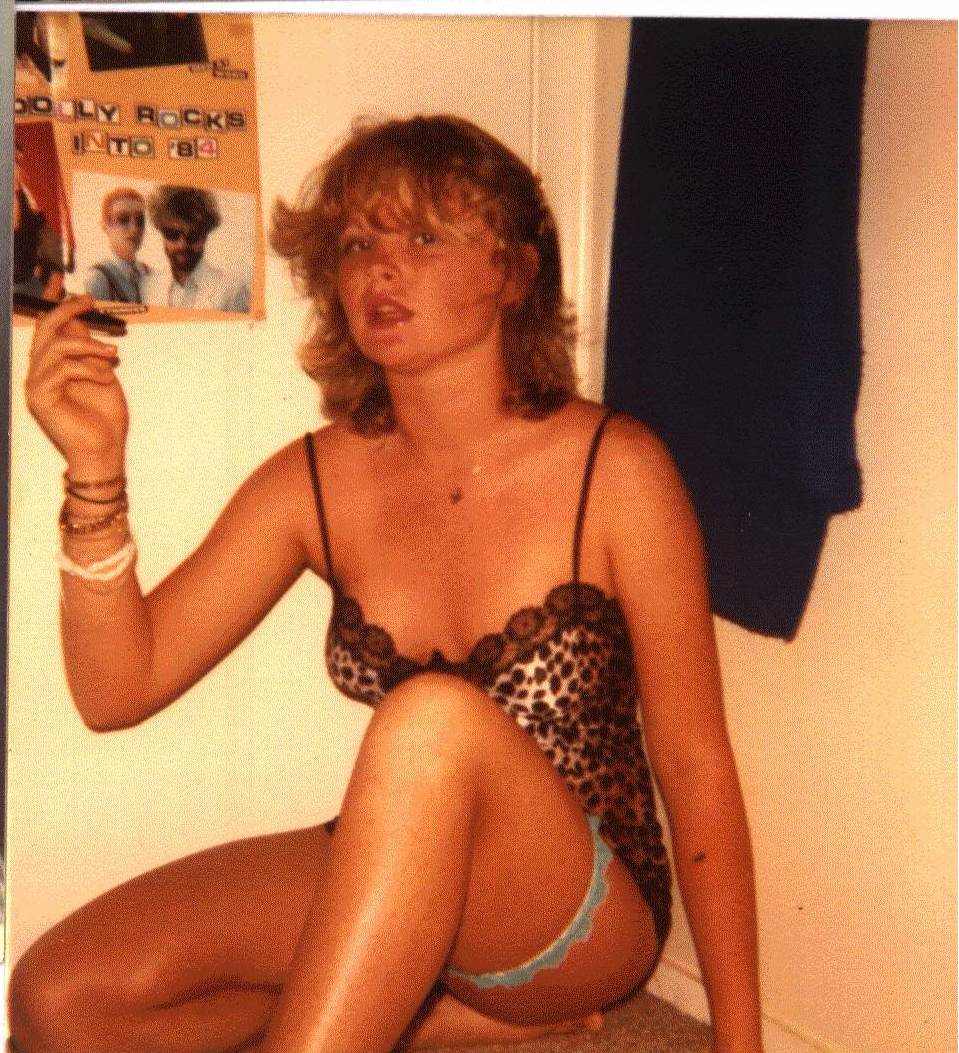 Write your own letter to your body

And if you want to write your own letter to your body, give this a go.  You may be surprised at what you discover when you put pen to paper, or fingers to keyboard.  It’s especially interesting if you have access to photos of you when you were younger to add into the mix.

It’s also one of the many exercises we advocate you do in Svelte in Style: How to Look and Feel Great While Losing Weight – now available online.

No Body Is Perfect

What is Style? Iris Apfel Interview
Want to share?