If I Knew I Couldn’t Fail

Posted by Jill Chivers in Attitudes and Habits

At a recent creative writing masterclass, we were asked to write about what we would do, or attempt, if we knew we could not fail.

Even the question got me scratching my head, before I even considered what my answer might be.  For a start, the concept of failure.  What is failure?  At the very least, it’s personal.  What is failure to me may not even come close to resembling failure for you.  What you would consider abject failure may be nothing more than a slight annoyance or speed bump to me.

So the question itself was a large part of my response to it.

And here’s what I came up with.

If I Knew I Couldn’t Fail

If I knew I couldn’t fail, on my own terms, I would be bolder.  Less hesitating, not so ‘qualifying’ or careful in the way I express some things.  I would be clearer in asking for what I want.  I would say ‘no’ more often.

Why this?  Well it has to do with what failure means to me.

Failure to me is being disconnected from others.  Failure is having fractured relationships, broken connections, disharmony in human interactions.

Getting along with others is important to me.  Connection, communion, communication – all these things are my oxygen.

Without other people, life is not worth living.  And if not that, then at the very least, life would certainly be dull and shapeless and flavourless without people, and relationships.

People are the most interesting thing going.  There is nothing more fascinating than people. 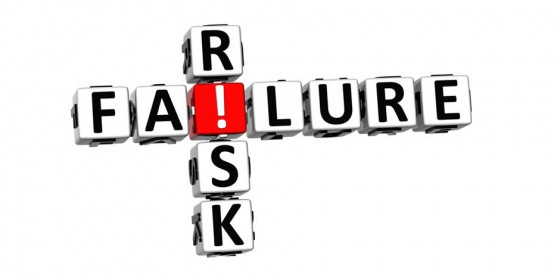 So doing something that may disconnect me from others feels risky.  Very risky.  What if I were to offend someone?  Or hurt them?  Or make them angry?  Or provoke them into criticizing or attacking me?

Yes, yes, yes – I can see it now that I’m writing this down.  I can see the ‘people pleasing’ element to all of this.  What a perennially pointless thing to do – try to please other people!

One of my favourite quotes has been attributed to Bill Cosby, and it is:

There’s More Than One Way to Offend

I can also see that there’s more than one way to offend, to annoy, and to frustrate others.  And that includes not saying anything interesting, being bland, and being a ‘band aid’- functional but far from fascinating.

It includes insisting on sitting on the fence, on brokering both or many points of view (without committing to any) and never making a bold statement that represents what you really believe.

I’m not a fan, or in favour, of being provocative for the mere sake of provocation.  I’ve turned off blogs where the writer prides herself on her salty language (more F’s than the A – L phone book) as though that element alone made her musings worth reading.

I’m actively turned off loud voices barking opinions without any room for a return volley.  My head and heart hurts when there’s a lack of listening.

So I don’t want to turn into a caricature of myself and be bolder merely for the sake of it.

If that’s okay with everyone?